Disclaimer: I received a pair of sunglasses from Knockaround to promote Earth Day and plogging (picking up trash while jogging) as part of being a BibRave Pro. Learn more about becoming a BibRave Pro (ambassador), and check out BibRave.com to review find and write race reviews!

As a BibRave Pro, opportunities come up from time to time to test out and review products in the running space. Other times, we get the chance to run in some really amazing races. However, sometimes the opportunities aren’t so much to highlight a product, but to put the focus on something bigger – like a cause or a celebration.

THIS particular campaign was to be focused on the idea of plogging (picking up trash while jogging/running) and to be a celebration leading up to Earth Day. For me, as I mentioned at the top, it did not quite go as planned.

I was really energized for this campaign and the lead up to Earth Day. Why? This campaign was to be different than previous efforts. It wasn’t simply a review and report. It wasn’t a recap. It was a call-to-action that would get me out of my running comfort zone a little bit. So, on April 1, I set out on a run and managed to fill up a plastic grocery bag with garbage found along my route. 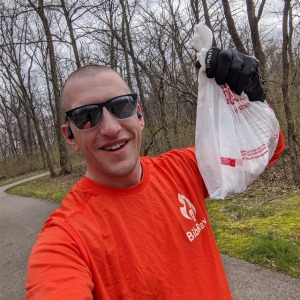 I was really proud of this small accomplishment and it made me much more aware and appreciative of what it means to truly take ownership of one’s community. The amount of trash I didn’t pick up was much more than I could handle on this run and the run that followed. I was actually really excited to continue for the next few weeks – perhaps even longer. However, a much larger issue was about to have an even bigger impact on my efforts.

While I was already using gloves on my runs in order to be a little bit safer while plogging, I couldn’t help but allow this larger issue take up space in my mind. The What-If’s started to flow in and I decided that I plogging would have to wait. HOWEVER, this didn’t mean I couldn’t run – much the opposite, in fact!

I still got out there and got my miles. I was more energized to run than I have been in recent weeks, probably because I needed to get out of the house! Solo miles around the neighborhood. Stroller miles with Shalane. Some very fast dog-assisted miles as well. Even kicked off my effort to run every street in my hometown of Grove City. 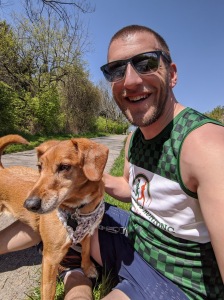 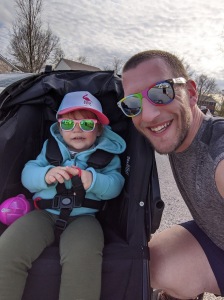 My plogging plan might have been altered, but I genuinely think the overarching idea still held true – I was able to be outside and take advantage of what Mother Nature had to offer. Cloudy days. Sunny days. Seeing MANY more people out and about than normal. Being able to run with less traffic to fight. Hell, I even hugged a tree – something I didn’t think I’d ever document, but here it is! I was even able to get the Mrs to join in on the fun! 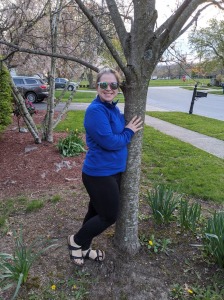 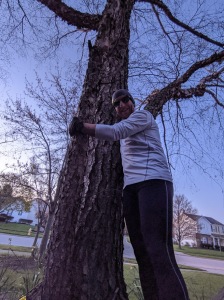 The stay-at-home orders and COVID-19 have definitely changed things in all aspects of life. It’s important though to see the changes – positive changes – that are coming out of all of this, like People being neighborly and helping one another. But it’s the environmental impact that’s even more noticeable – less cars on the road, less smog, fewer people just dropping their trash for someone else to pick up.

Perhaps I’ll be the one to pick up some of that crap as I’m hopeful that I’ll get another shot at plogging in the near future. But for now, I’m happy that I was able to celebrate Earth Day in a kickass pair of sunglasses and enjoy each run.

If you want to snag a pair of Knockaround sunglasses for yourself, use code BibRaveKnocks4 and save 20% on your entire order.

To finish out my Knockaround Earth Day celebration, I decided to join in on a digital high-five on Saturday with my friend and fellow BibRave Pro, Bill Brent. Little did I know, Saturday was Bill’s birthday!! Glad to share this high-five with a great person like Bill – Happy Birthday, bud! 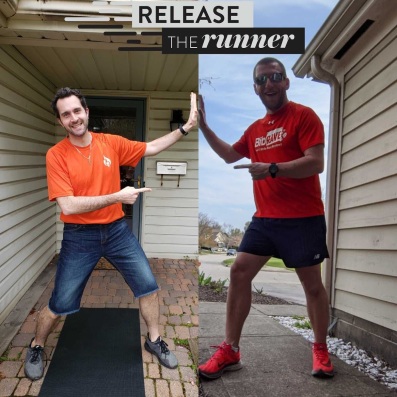 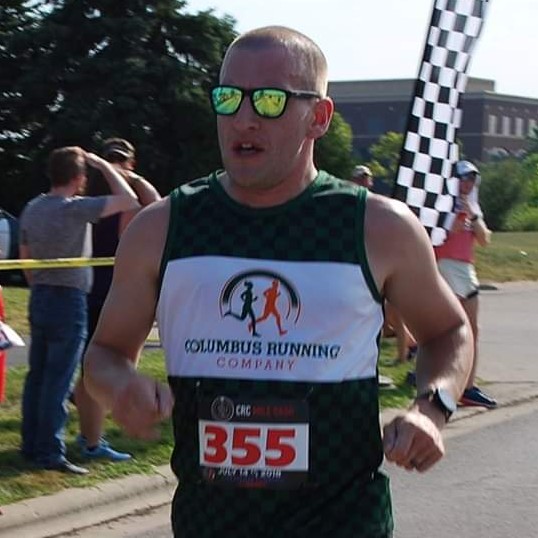